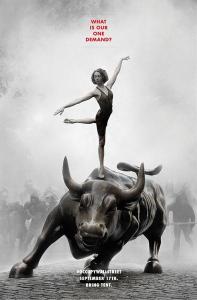 (This is a reprint of a  post I wrote last year for a class blog.)

In The Price of Inequality: How Today’s Divided Society Endangers Our Future, Joseph Stiglitz offers an account of the contemporary world through the lens of economics.  He uses highly technical language, and makes sure along the way to explain what the language means in ways that should be comprehensible for lay-readers with at least a college education.   He begins by identifying a problem.  He then makes a bold claim for what the main cause of the problem is before moving on to identify what the consequences of this problem are and various remedies from them.  The problem, of course, is inequality.

By any measure, it would seem, inequality has increased, and continues to do so, eviscerating the middle class in the United States, expanding the pool of the poor, and ultimately endangering the country’s ability to generate more wealth in the long run.  For anyone who participates in the economy in any meaningful way (that is, practically all of us), this point is fairly obvious.  College students struggle with debt that have terms that are skewed heavily against their favor.  Unlike other consumer debt, the loans they rack up trying to go to college cannot be discharged through bankruptcy—it will follow them throughout the course of their lives, and must be paid back in full with interest, no matter what happens to their economic situations.  Those out of college and even in decent jobs must also contemplate the unsavory fact that they are one major sickness and one job loss away from financial ruin.

Moreover, rates of savings are down, not because workers have somehow become more irresponsible with their money than generations before but because their wages have stagnated and therefore the cost of trying to maintain a middle-class life has gone up in relation to their total income.  The lack of savings means that households have even less of a cushion than they otherwise would have had should hardship strike.

I could go on and on listing the different ways in which increased inequality affects almost all of our lives, but I’d like to focus on what I found most useful about Stiglitz book, which is his emphasis on rent-seeking and externalization.  These are concepts I don’t often come across in mainstream discussions about the recent financial crash, for instance, though they seem to go a long way toward explaining some of features of our economy that contributed to this crash.

Rent-seeking, as Stiglitz defines it, is “getting income not as a reward for creating wealth but by grabbing a larger share of the wealth that would otherwise have been produced without their effort” (32).  When a corporation gets rights to drill on public land for oil and natural gas with just a nominal fee paid to the government, it gets a rent that allows it to make enormous profits without sharing it with tax-payers.  Government officials and lobbyist rationalize the paying of such rents by arguing that the land without not be drilled without such aid, which can sound reasonable until one looks at the incredible profits such a company makes on such a deal.  The exorbitant pay an executive receives may also be considered a rent, since they could not possibly have contributed as much as they are paid toward the success of a company.

Externalities are less clearly defined and not as stressed, but deserve our attention.  The technical definition Stiglitz provides is this: “where one party’s actions can have large negative or positive effects on others for which he does not pay or reap the benefit” (34).  What I take this means, in plain English, is that when an oil company sells its products to the public, it does not have to price in the cost of the pollution that the use of their products cause.  That cost is borne by the public, and the company gets to charge much less for their products because they haven’t had to pay this cost.  Seen from this perspective, externalities, which seem almost always to be negative, can be understood as another form of rent-seeking, as the cost of doing business is shifted away from an business while as much of the profits as possible are retained.

These are complex ideas which I haven’t done full justice to here, but at the same time it’s simplification helps to strip bare the kind of professional aura that economists can wrap around themselves through the use of very specialized professional language.  In many ways, there’s something surprisingly similar in what Stiglitz does in his book and what Rachel Carson did in Silent Spring.  Both refused the argument that complex problems must be left to experts to solve, and insisted that members of the public, because they are the most directly affected by the decisions of such experts, must be able to inform themselves of issues they are actively told is beyond their comprehension.