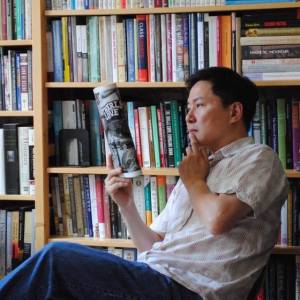 Min Hyoung Song is Professor of English and Director of the Asian American Studies Program at Boston College, as well as a steering committee member of Environmental Studies and an affiliated faculty member of African and African Diaspora Studies.

Climate Lyricism–which considers how contemporary poetry and fiction, especially by Black, Native American, Asian American, and Latinx writers, can help readers develop a reading practice that allows them to focus on climate change as an everyday phenomenon–is open access, and can be read in its entirely by going to https://read.dukeupress.edu/books/book/2985/Climate-Lyricism. A physical version can also be purchased through the Duke UP website: https://www.dukeupress.edu/climate-lyricism. 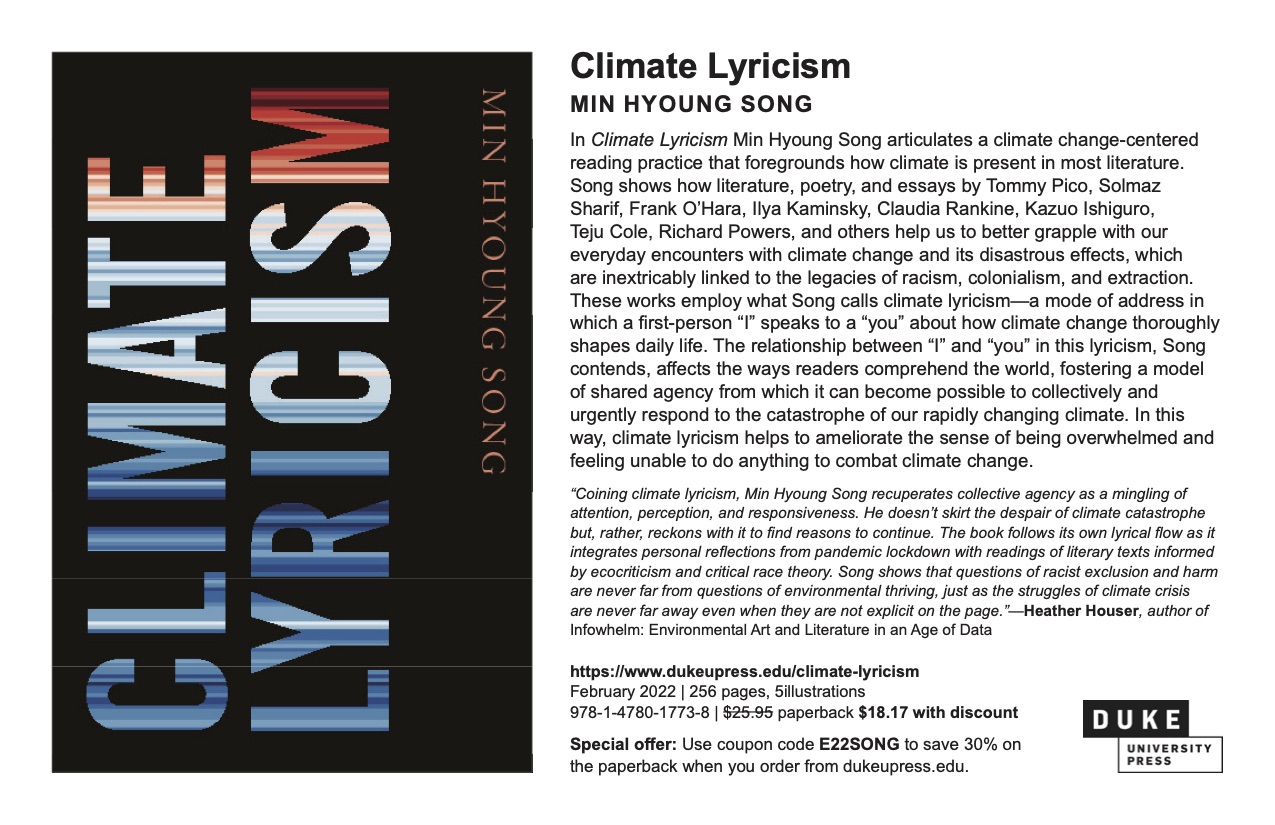 His most recent essays are entitled “No Witness: Warrior and the Histories of Anti-Asian Violence” in the Los Angeles Review of Books and “Without Asian American Studies, We Can’t Understand American Racism” in The Chronicle of Higher Education.